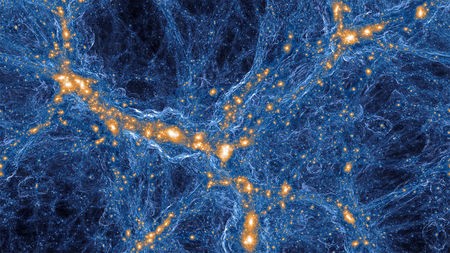 Of all the mass energy in the universe, the particles comprising everything we’ve ever measured or observed directly—stars, planets, interstellar gas, all life on Earth — make up only 15% of the cosmic pie chart. The vast majority of the mass of the universe has only been observed indirectly, and has been dubbed dark matter. Despite this, the gravitational effects of dark matter are numerous and profound, and many independent measurements have all converged on a remarkably consistent story. The problem is, we know nothing about dark matter apart from the fact that it’s there. What is the mass of the dark matter particle? Does it interact with itself, or weakly with ordinary particles? Are there multiple species of dark matter, perhaps analogous to the proton, neutron, and electron which make up ordinary matter? How was dark matter produced in the early universe, and how did it interact with the thermal bath of Standard Model particles as the universe cooled? Our group is interested in addressing these questions through a combination of new terrestrial and astrophysical detection methods, new analyses of existing data, and new frameworks for understanding the thermal history of dark matter. 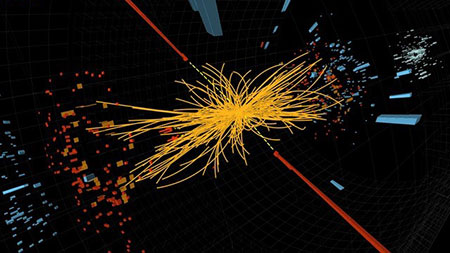 The Large Hadron Collider (LHC) discovered the Higgs boson in 2012 and remains an unprecedentedly powerful general-purpose discovery machine. In upcoming runs, the LHC will push further forward into unexplored territory, searching for light and weakly coupled particles as well as probing the highest reaches of the energy frontier. Other collider-based experiments such as the B-meson factory BELLE and special-purpose detectors such as MATHUSLA and CODEXb offer unique capabilities for discovery. The Higgs boson remains one of the least well-understood pieces of the Standard Model. Research in the group studies how precision characterization of the Higgs at current and future colliders can shed new light on the particle physics of our universe, as well as developing discovery opportunities in a wide range of current and planned experiments. 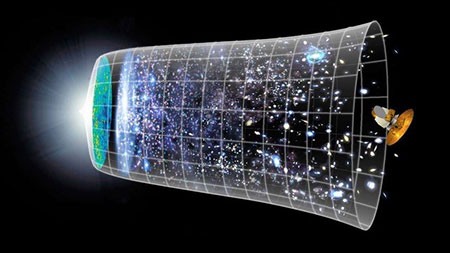 Inflation is now well established as the leading theoretical paradigm for fixing the initial state of the Universe. However, we still do not have a detailed understanding of the microphysical origin of the accelerated expansion. Furthermore, the early thermal history of the universe, from the end of inflation until the light elements are produced at Big Bang Nucleosynthesis, remains one of the most poorly understood periods of our cosmic history. We do not understand how inflation ends, and the connection between the standard model and the physics that drives inflation is poorly constrained. Consequently, the mechanism by which the Universe is reheated from its super-cooled post-inflationary state into a thermalized plasma, the detailed mechanism responsible for the matter-antimatter asymmetry, and the detailed particle origin of dark matter are, as yet, unknown. The key objectives of our group's research are to address these gaps in our understanding of the history of the Universe by exploring the connection between the physics that drives the inflationary epoch, and the physics that ignites the hot Big Bang. 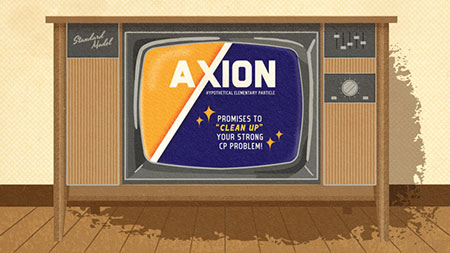 Effective field theory (EFT) is the basic theoretical framework that underlies the modern understanding of particle physics. However, despite its vast successes, the application of EFT to our universe raises new puzzles. The Standard Model exhibits a number of fine-tuning problems, where input parameters appear unnaturally small and enormously fine-tuned, including the electroweak hierarchy problem, the strong CP problem, and the cosmological constant problem. Furthermore, evidence from black hole thermodynamics and string theory suggests that not every EFT is permissible once gravity is included in the theory, but the full set of "rules" is unknown. Research at Illinois includes studies of solutions to the fine-tuning problems and their phenomenological consequences, as well as the exploration of new techniques and criteria that can be used to constrain which EFTs might arise in our Universe.